Skip to content
WHY IS IT SO HARD TO FISH TUNA FROM THE SHORE?

Why is it so hard to fish tuna from the shore?

Ibon from Bilbao asked us: Why is it so hard to fish tuna from the shore? 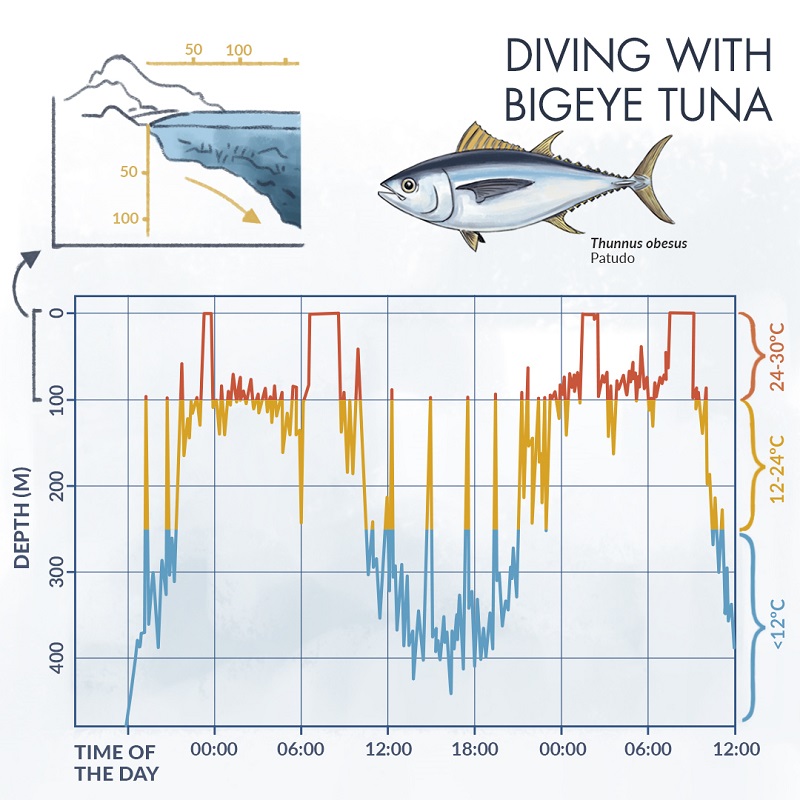 Infographics about bigeye tuna and depths during 24 hours

Patricia, from Planet Tuna, answered: The answer to the question of why it’s so difficult to fish tuna from the shore is related to the question we answered the other day about how deep down they go. As we mentioned, most tuna species live in very deep waters when they’re adults, although they do sometimes come close to the coast. However, some species tend to live in coastal areas, like bullet tuna, whereas others spend more time in open water, like the Atlantic bluefin. Usually tunas come close to the coast searching for food. Besides, they’re more likely to come to the shore in their juvenile stage, sometimes in large groups. These juvenile concentration areas are called nursery grounds. Therefore, if you’re fishing on the shore and you catch a tuna from one of the oceanic species, it’s likely to be a juvenile, whereas if it’s a coastal species such as a bullet tuna, it could also be an adult.

Watch the video about deeps in our channel.