Skip to content
WHICH IS THE TUNA’S NATURAL PREDATOR?

Which is the tuna’s natural predator? 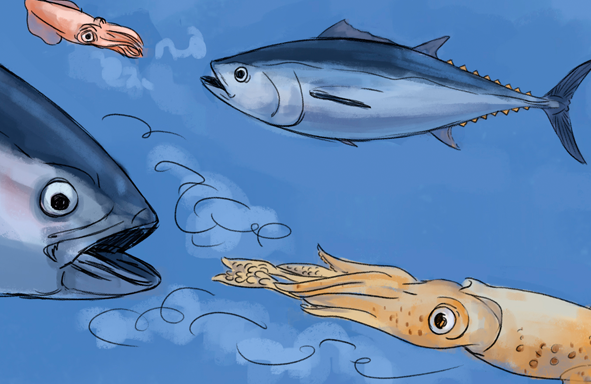 A group of students from the Lycée Français in Mallorca asked us:
Which is the tuna’s natural predator?

Patricia from Planet Tuna answered: When we think of tuna, we usually think of big fish at the top of the food chain. But we have to remember that they hatch from a 1-millimeter egg. So their predators change a lot throughout their life cycle. When they’re only a few days old, during the egg and larva stages, their predators are usually other fish larvae, or even young of their own species, and invertebrates such as jellyfish. As they grow, they can swim faster and get away from smaller predators. At that point, their predators are other fish, but when they reach adulthood, only large predators are able to feed on tuna: other, larger tuna and similar species, large sharks, and killer whales. And, of course, humans.