Skip to content
CAPTIVE RESEARCH OF A GREAT MIGRATOR, THE ATLANTIC BLUEFIN TUNA

Captive reasearch of a great migrator, the Atlantic bluefin tuna

Atlantic bluefin tuna raises a lot of social, commercial, and scientific interest. Over the past few years, researchers at the Spanish Institute of Oceanography (IEO) center in Murcia, in southeastern Spain, have been advancing in their efforts to domesticate this great migrator in order to learn more about its reproduction and growth and evaluate the feasibility of breeding it in captivity for human consumption. That’s a major challenge for a fish species that grows from a few millimeters in its larval stage to three meters as an adult, and is used to traveling long distances between the Atlantic Ocean and the Mediterranean Sea. 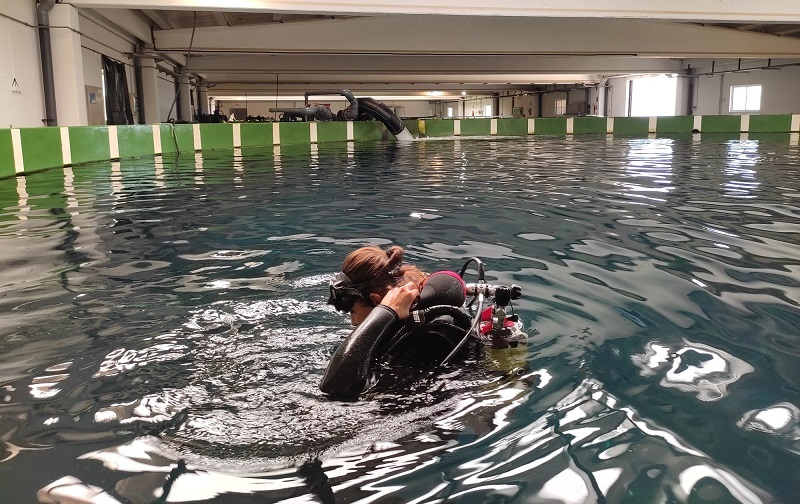 From Farm to Table

Atlantic bluefin tuna is one of the most sought-after catches in the world. In addition to traditional fishing, commercial farming (known as “fattening”) has become a new human food source. Atlantic bluefin fattening consists of catching large live specimens (over 100 kg) with purse-seine gear in their spawning grounds in the Mediterranean. These tunas are transported to a location a few miles off the coast, where the fisheries have set up floating farms. For about six months, the tunas are fed with small oily pelagic fishes such as mackerel or sardines. Once they have reached the right size and weight to meet market standards, they are harvested and sold primarily to the Japanese market. 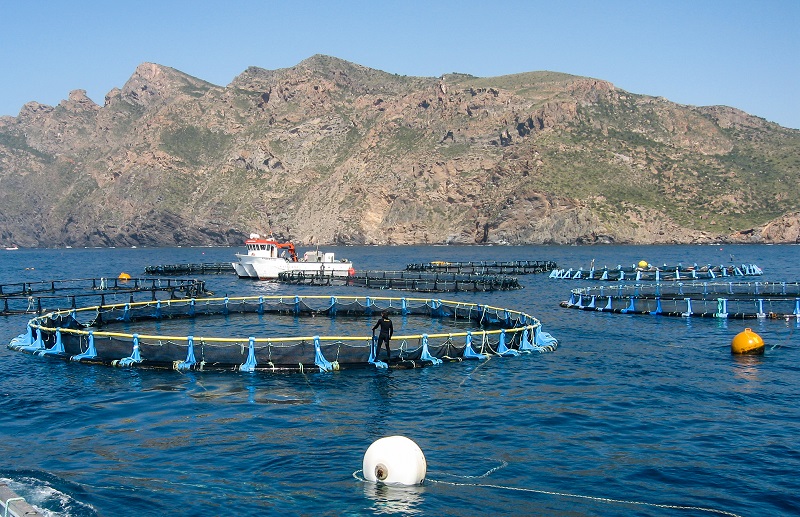 In addition to Atlantic bluefin tuna, there are other species in the Scombridae family (which includes bonitos and tunas) that are produced in similar conditions for human consumption. There are currently three species of bluefin tuna — Atlantic (Thunnus thynnus), Pacific (Thunnus orientalis) and Southern (Thunnus maccoyii) — being farmed at a commercial scale in their respective natural habitats in the Mediterranean, Japan, South Korea, Mexico, and Southern Australia, although in the case of the Pacific bluefin in Japan, specimens spawned in captivity are also bred and marketed. Other tuna species such as yellowfin (Thunnus albacares) are also produced as food sources off the Pacific coast of Mexico.

Breeding Atlantic bluefin tuna in captivity is not only useful in terms of the food and restaurant industry; it also helps us understand its biology. Many of this species’ features would be very difficult to understand if we weren’t able to study them closely over an extended period of time. Up until today, the IEO’s progress in domesticating tunas has depended on gathering eggs from its offshore breeding farms. However, storms, rough sea, bad weather conditions, and the presence of predators can spoil an egg collection campaign. Given this fact, the Oceanographic Center in Murcia has built a large experimental facility on land – the ICRA – in order to monitor Atlantic bluefin tuna reproduction and collect eggs easily, ensuring that research can continue over time. 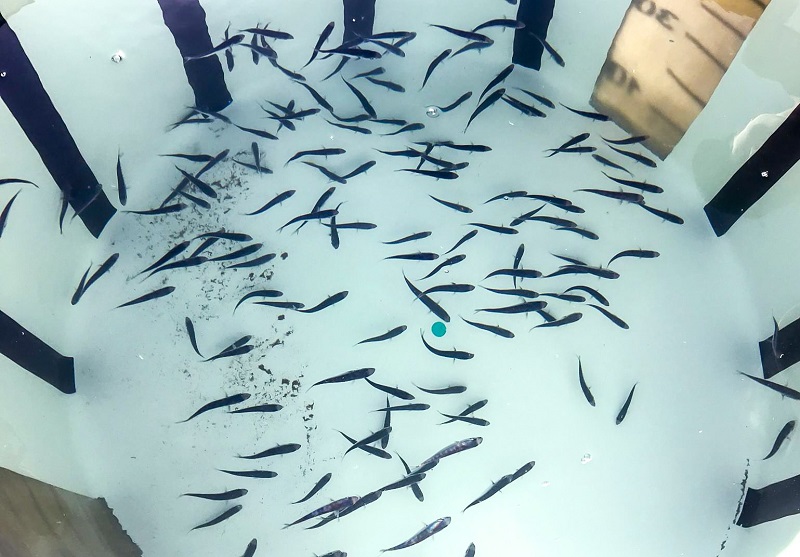 At the Murcia facility, techniques are being developed to gather information about the complete lifecycle of the Atlantic bluefin tuna (Thunnus thynnus), ranging from research of its stages as an egg, a larva, and a juvenile all the way until it reaches adulthood. This research is allowing scientists to find out more about its physiology, diet, and development during the early stages of its life – when the species shows the highest morality rate – as well as its growth, metabolism, and response to changes in the environment such as temperature and oxygen levels.

At this point, tuna larvae are collected from eggs spawned by adult specimens held in captivity in floating farms; next, they are raised in the IEO’s facilities on land. During the first few days, the ideal conditions for raising larvae include long daily light exposure, with 15 hours of light and 9 of darkness, in temperatures of about 24-26ºC and a salinity of 38. As for feeding, during this stage they are given live prey, such as enriched rotifers and/or copepods, brine shrimp, and, later on, recently-hatched larvae of other fish species. After about 45 days, the larvae become juveniles, measuring roughly 10 cm in length, and are fed fish feed. At this point, they are taken back to the floating farms or to large tanks at the IEO facilities, where they have more space to swim. In the growth stage, they are fed with bait (small pelagics thrown one by one into the tank) to satiety. Needless to say, in all breeding stages, the water quality has to be optimal and the oxygen content very high.

Different kinds of food for bluefin tuna larvae and juveniles. From left to right: rotifer, copepod, artemia and feed

The IEO has made progress in breeding other tunas; the full life cycle of bonito (Sarda sarda) has been completed in captivity, although commercial farming has not been developed given the species’ low market value.

Full-cycle Atlantic bluefin tuna breeding is currently in the experimental stages, although the complete reproductive cycle has already been achieved: scientists have witnessed and studied the different phases, from its larval stage to adulthood and reproduction. For a breeding program to be profitable, the specimens’ mortality rate will have to be reduced significantly, not only in the juvenile production phase, but also in the next stage of growth to market-standard size. All this lab work does not only have commercial applications; it also allows us to learn about many aspects of tunas’ lives that were unknown to us until now. All the data gathered are also transferred to other scientists, managers, and companies to improve fisheries management for the species and ensure its sustainability in its environment, while also making progress in techniques for commercial breeding of Atlantic bluefin tuna.